Having spent two days at the Heart of England Fiesta I am showing you some snaps taken that Rob hasn't posted. The Best of British award goes to the alpaca that is best in the show that comes from two British parents. We have watched this award grow over the years.At one time you struggled to find any alpaca with an award that had one British parent never mind two. There were three British huacaya alpacas and two British suri alpacas that achieved Championships. Numerous other awards were achieved by alpacas with two British parents, including several alpacas here at Toft. That is a great result for the British Alpaca industry. Well done to Karen Oglesby, Meon Valley Alpacas for her excellent huacaya intermediate fawn male and Margaret Silver , Pinkney Alpacas for her impressive suri junior white male. Apologies to Karen. I never got a close up of you. I thought I had but damned if I can find it this morning! She is in the line up Champion Huacayas. 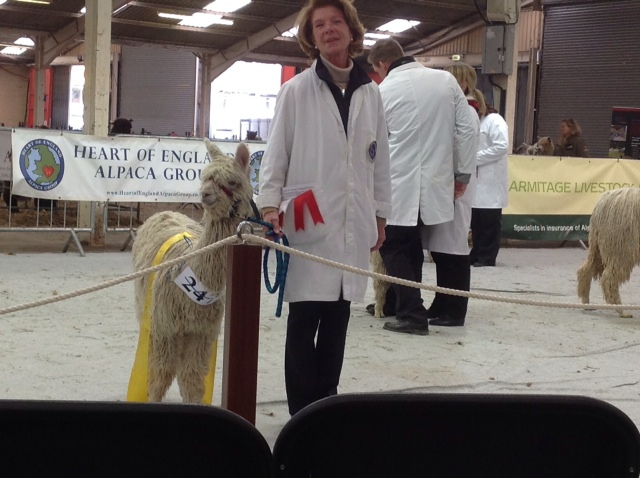 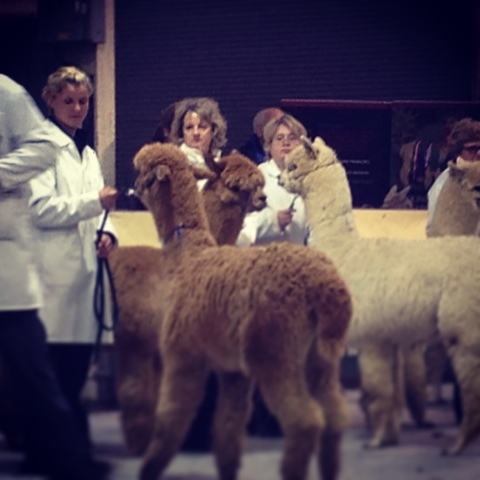 Posted by Shirley Bettinson at 01:36