What a great time we had at the South of England Alpaca Show. Such a good time I never got round to taking any photos of alpacas! I ended up doing the commentary for the two days and Rob took the photo of Jackie and I in the recording trailer. Jackie did a sterling job recording the results and said she learnt a lot about alpacas from my commentary too. As usual Llama Liz Butler organised a splendid show. We even had Penelope Keith turn up to a watch the alpacas strutting their stuff. I didn't get of photo of that either!
Rob was judging the show with Barbara Hetherington of BeckBrow Alpacas apprenticing. We managed to hold quite a crowd for the majority of the time over the two days. What a friendly and fun time we all had. Thanks again to the breeders in the South East. 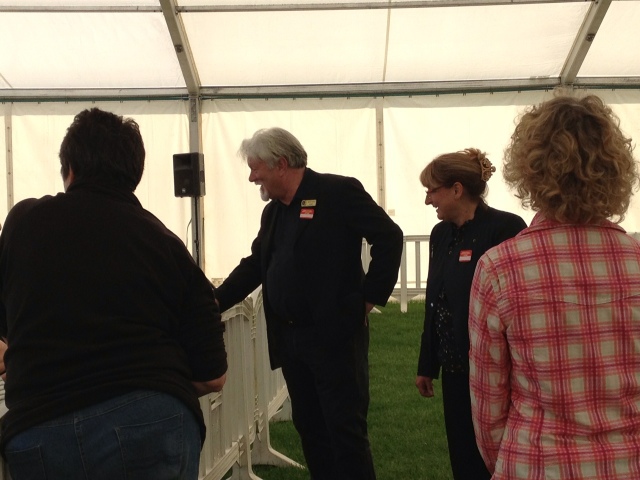 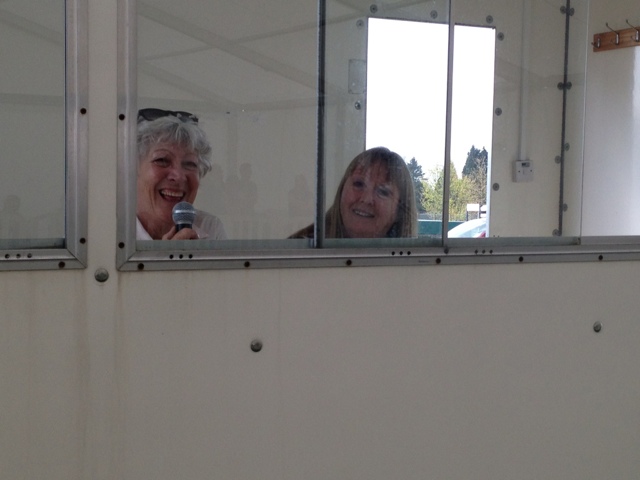 Posted by Shirley Bettinson at 13:47